Books, authors and stories from contemporary America
by:
Luca Briasco 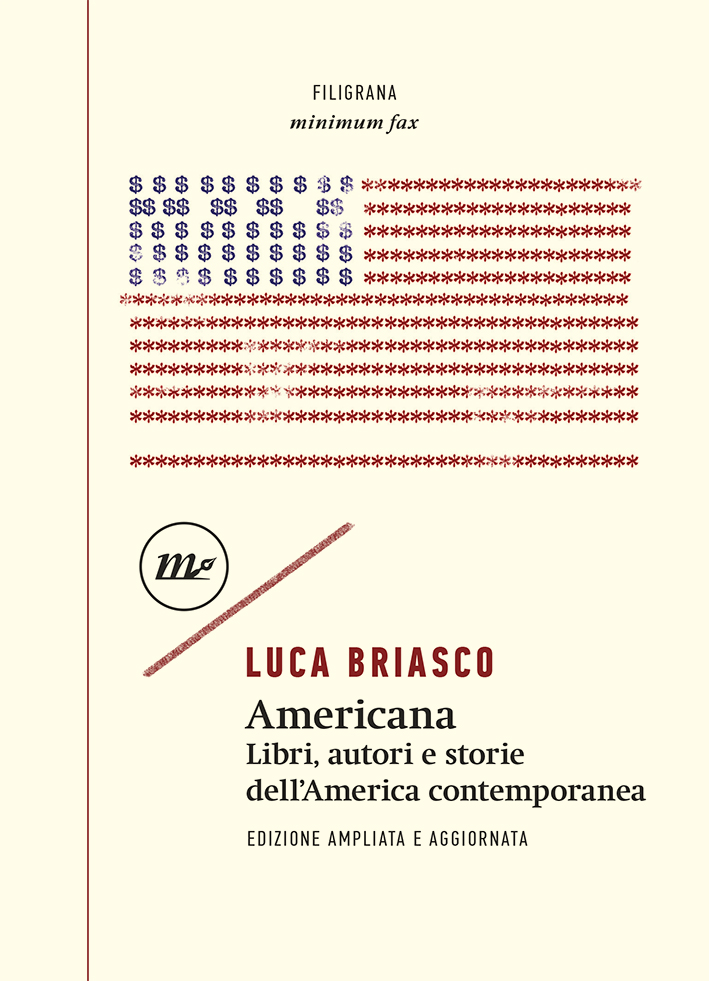 After the great success of the first edition, we are publishing a new version of this gallery of illustrious portraits originated from the attentive listening to the American literature that marked the entire career of Luca Briasco as an editor, translator and journalist. Briasco leads us into a rich and curious path of reading and inquiry.

To the original forty authors, which work and poetics are presented through the focal lens of one of their writings – from The Floating Opera by John Barth to Tenth of December by George Saunders, from Less Than Zero by Bret Easton Ellis to American Tabloid by James Ellroy, passing by Stephen King, Jonathan Lethem, Cormac McCarthy, Thomas Pynchon, David Foster Wallace and arriving to Richard Yates’ Revolutionary Road – Briasco added twenty new portraits, including very recent titles such as Lost Children Archive by Valeria Luiselli.

Americana runs through the tracks of those writers who explored the territory of the “great American novel”, investigating its tones, registers, shades, and creates a space in which the curiosity of both the reader and the author converge: an out-of-academy dialogue that leads to the discovery, or re-discovery, of authors that have left a permanent impression in USA culture and all over the world.

Tra i libri più attesi in uscita a novembre.