The Body and The Blood of Italy 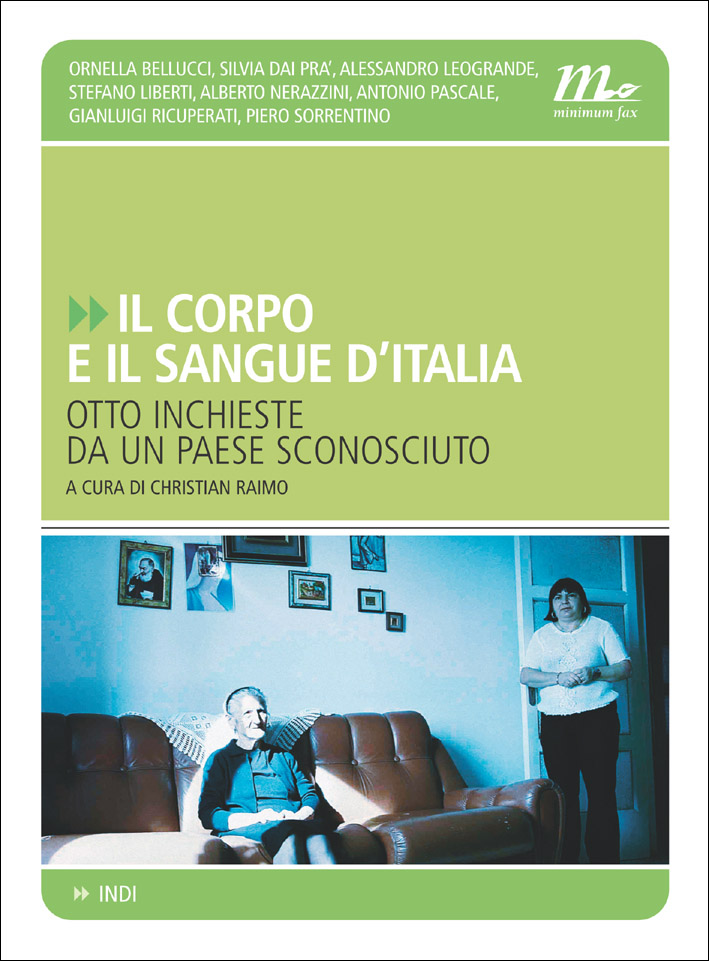 longlisted for the Alessandro Tassoni Prize 2008

A multi-voice narrative, private and collective, from the heart of an unexpected Italy.
Following a path originated by Roberto Saviano’s bestseller Gomorra, eight of the best young authors currently writing in Italy (journalists and writers) have agreed to collaborate on a multi-voice investigation of the “body and blood” of this country, Italy. Even more than authors, these writers are our fellow citizens and brothers, and they have brought to bear their perceptions and emotional involvement, to show us that writing can still be a political action: a necessary and wonderful political action. Freelance Imams, deeply moving Mafiosi, fearful bodybuilders, debt-ridden retirees, mothers on the brink of madness, overconfident children, unscrupulous ecologists, factory workers in a science fiction setting, and criminals with enthusiastic mass followings.Telling the story of Italy means describing a country hovering between the never achieved dream of a nationwide civil emancipation and the visceral appeal of an archaic spirit. It means talking about a nation undergoing transformation without any models or traditions to follow. It means discovering the deep conflicts that are hidden behind the facile depictions offered by the television news.The illegal and legal aspects of Italy, civil rights and widespread abuse, cult of the image and social engagement.The hope of a possible future and the disenchantment of a nation out of control.