is a journalist. His international reports appears since years on il manifesto and other major international newspapers and magazine. With his first book, about migration routes from Africa to Europe, he has won the 2010 Indro Montanelli Prize for Journalism, the Marco Luchetta Prize and the Carletti Prize for Social Journalism. 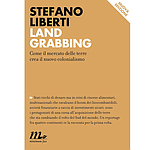