It Will Be a Masterpiece

Letters to the agent, the editor and his friends writers
by:
Francis Scott Fitzgerald 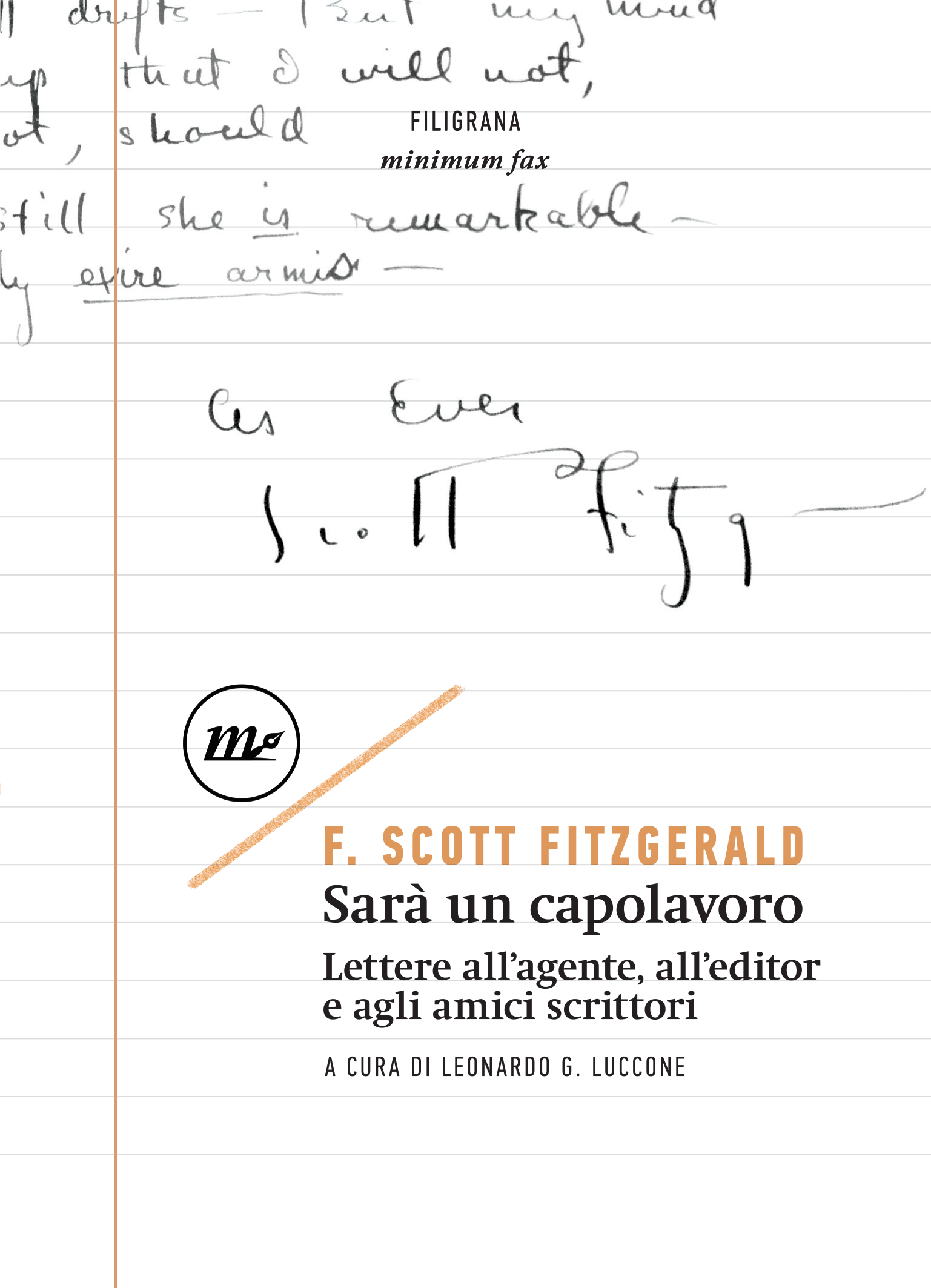 Fitzgerald was not yet 22 when he gave himself three objectives: to marry Zelda Sayre, to write books “of perennial value” and to gain a lot of money in order to live“over the top”. During all his career he gained an astronomical sum of money that he pulverized without knowing how, living like a man who is always in need of money, writing short stories one after the other and begging advances on future incomes. But how was really his life like? Full of parties, villas and dissipation? Not at all. In this book Luccone collected the letters that Fitzgerald wrote during his life to his editor Maxwell Perkins, to his agent Harold Ober and to his friends writers – Hemingway, Wilson – that played a central role in his existence. These letters and their context, reconstructed in an agile and thrilling story, show the unsuspecting portrait of a sad, fragile and lonely writer, tireless in his mission; an intellectual who intervened in every phase of the editorial work on his books and on the books written by others (as an avid reader of manuscripts, as a scout, as an editor, as a publicist), an immense talent that in the name of art sacrificed himself, until being consumed.