The Miners of Maremma 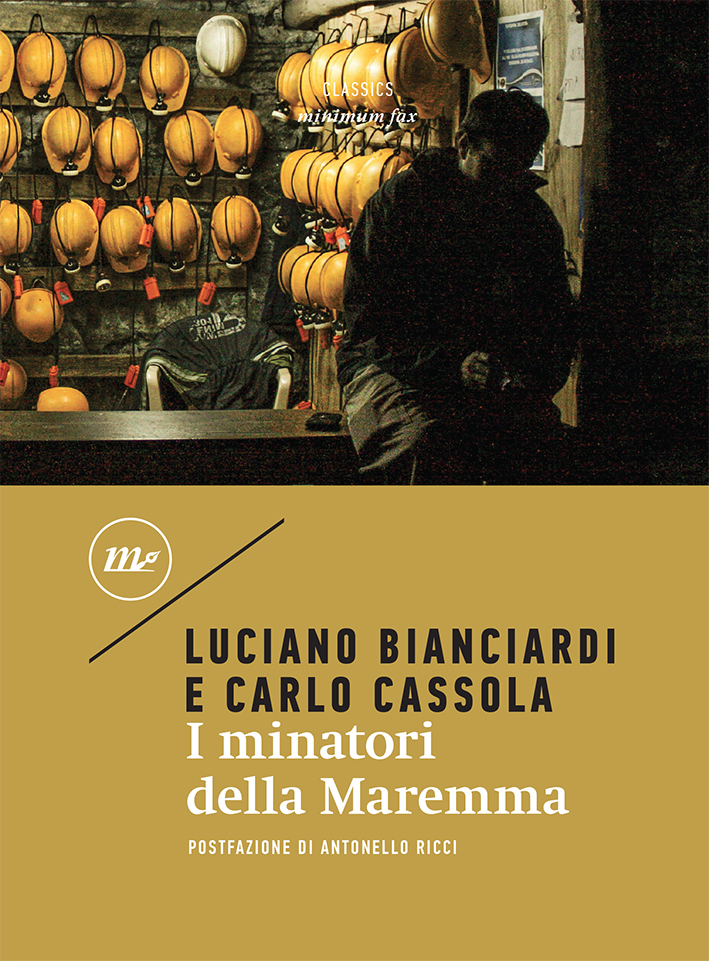 On the 4th of May 1954, between 8.35 am and 8.45 am, a firedamp outburst occurs at the well of Camorra in the Ribolla lignite mine. Forty-three miners died as a result of the explosion and the fire of the coal dust. It's a national tragedy.
The bodies are taken to a garage to be reassembled and identified, then lined up in the cinema room. On each coffin the miner's helmet, and under the screen an altar of red flags. Women weep; the old workers repeat the same phrase as a responsorial psalm: "We said so many times that it would have happened, and it happened."
In this improvised fiery chamber, the investigation that Carlo Cassola and Luciano Bianciardi were conducting on the working conditions of the Tuscan miners changes its nature. Both have now become accustomed to these men with disheveled lungs, men of few words, often from peasant family and mostly of communist faith. They lent them their books, organized screenings and meetings, listened to their fate of injuries and silicosis.
The disaster is not due to a tragic fatality, but to "a conscious default" on the part of Montecatini: it is the final chapter, the most painful, of a long history of exploitation, from the formation of the first mining companies to the birth of the working villages, anti-fascist and trade-union struggles. The Miners of Maremma thus becomes a funeral oration and an indictment, a courageous work at the time of its publication that still preserves its topicality.

A classic book of civil literature that reconstructs the context, the conditions and the consequences with the lucid passion of the post-war investigative journalism.
Il Venerdì di Repubblica


No one had ever narrated the last by naming them.
Corriere della Sera