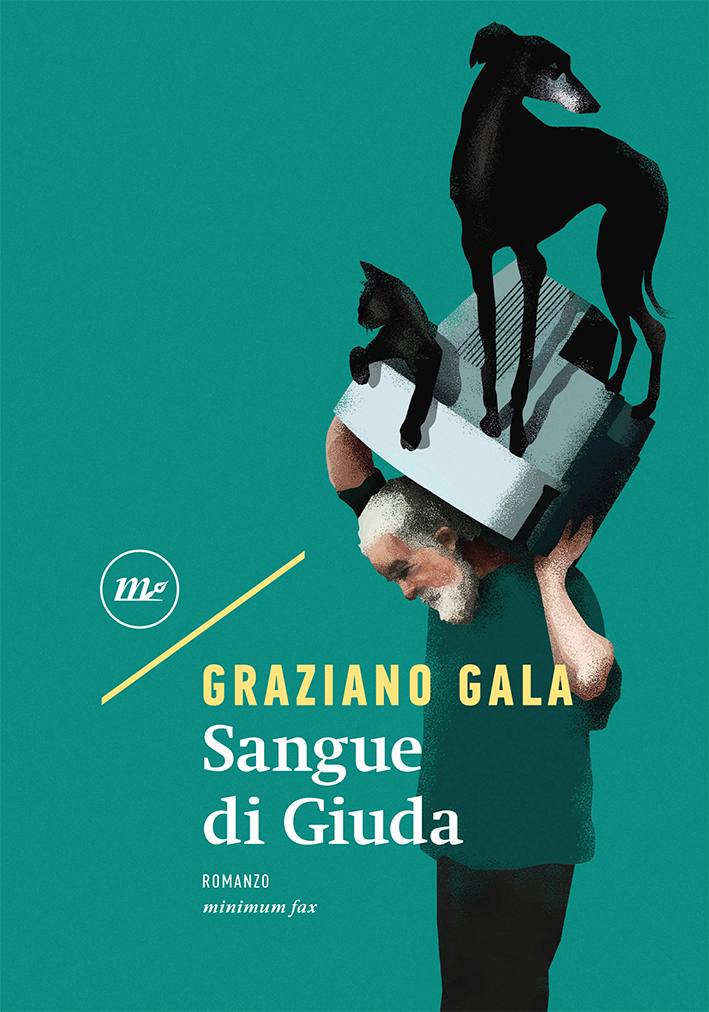 "The other night they got my TV ". The story sets out with this weird disappearance, just as Pippo Baudo - the most famous Italian anchorman – was being on the screen. Suddenly the rooms "all started to sweat", and silence broke out.

To tell the detective, in his ungrammatical language – a unwashed mix between Apulian and Campanian – is Giuda (Judah) or Giudariè, an old man who lives in the middle of a southern town like so many other, Merulana. Besides the TV set, Judah shares his loneliness with Ammonius, an incontinent cat, and the ghost of his father, who is still angry at him and never misses a chance to frighten him. It was indeed this abusive and unruly father who changed his son’s first name, compromising his existence and imprinting on him this new and infamous identity as a whistleblower.

Now, fifty years later, the theft of the Mivar TV brings Judah back to the very path of his childhood, to his eternal trafficking, to all the insults and the sympathies, to his violent, derelict and desperate humanity.

From here on, his descent into the realm of nocturnal souls begins and only at the end of this long journey, sung with bitter irony in the popular epic of the dialect, will the protagonist finally be able to regain, at a very high price, some of his usurped dignity and, perhaps, his lost name.

A moving novel but also funny. You can’t help but love the protagonist and accompany him in that village, where it’s all repeating.

A story of the last, of the unfortunate and oppressed. A story of reconquered dignities that stuck to the reader.