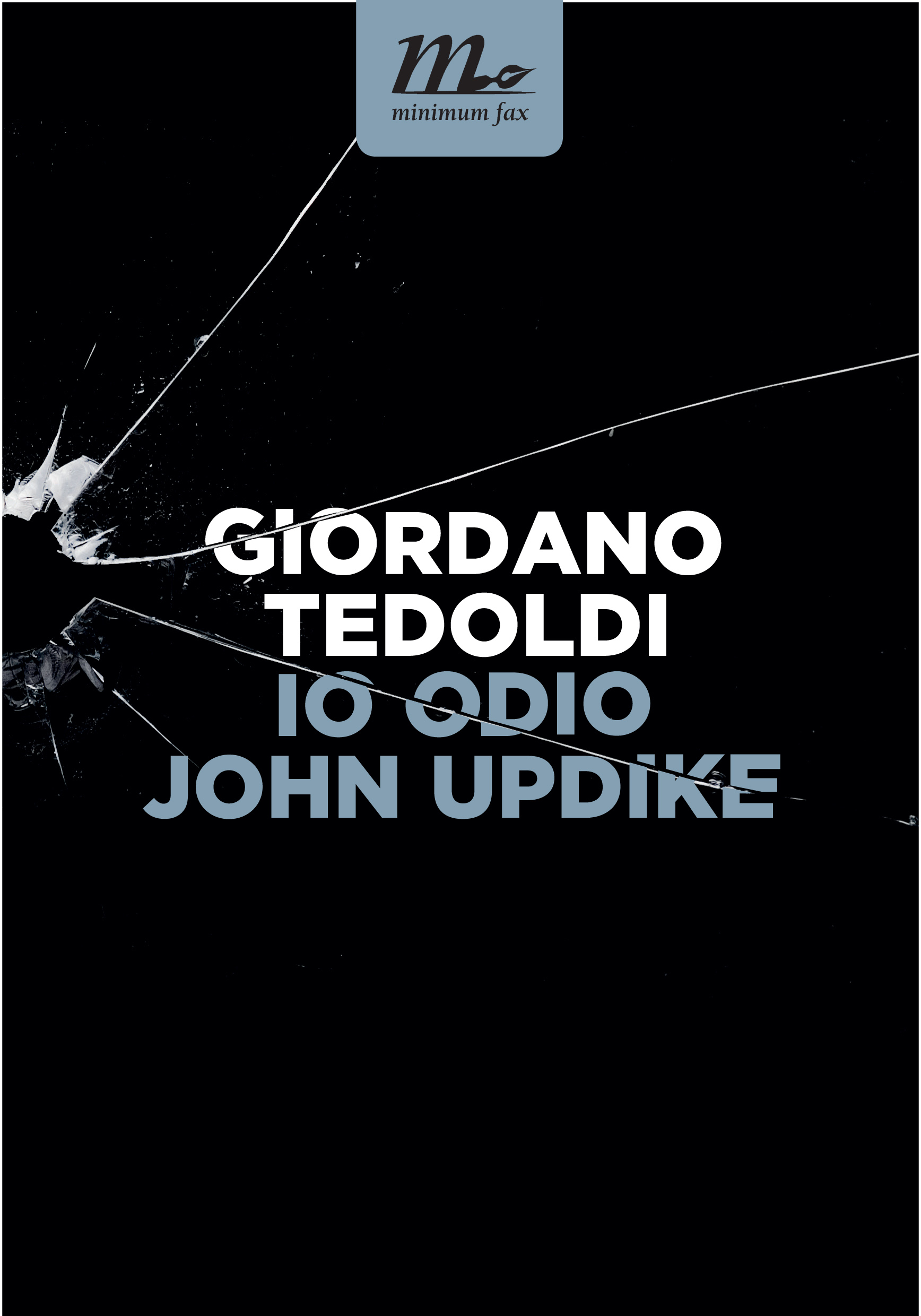 I hate John Updike is the debut novel by Giordano Tedoldi. It has been out of stock for many years. As soon as it was published it became a cult book for a small clique of fans, among these very known writers and intellectuals. It’s dark, disquieting, populated by mysterious characters, delved into noir, crazed and futuristic atmospheres. This is the book that revealed a one of a kind author of Italian literature.
According to someone Italy had found its Francis Bacon, or its David Lynch.

Two strangers face each other every night, one driving a Ferrari and the other an Aston Martin, in a Rome illuminated by artifical lights. A solitary man looks for a girl to pass with her the epiphany in one of the Leading Hotels of the World. An unsentimental bachelor in love with his dying mother entrusted the management of his daily life to a computer named George. A man follows a marvellous mulatto girl that he had met during a writing course, and a woman follows a destroyer wearing a linen shirt hoping to be destroyed herself.
These are some of the characters that people the short stories in I hate John Updike.

A new edition enhanced with a new unpublished short story in which Tedoldi’s writing – suspended between extreme hardness and wonderful revelations – shines more than ever.