Musical history of our extinction from 1992 → ∞
by:
Valerio Mattioli 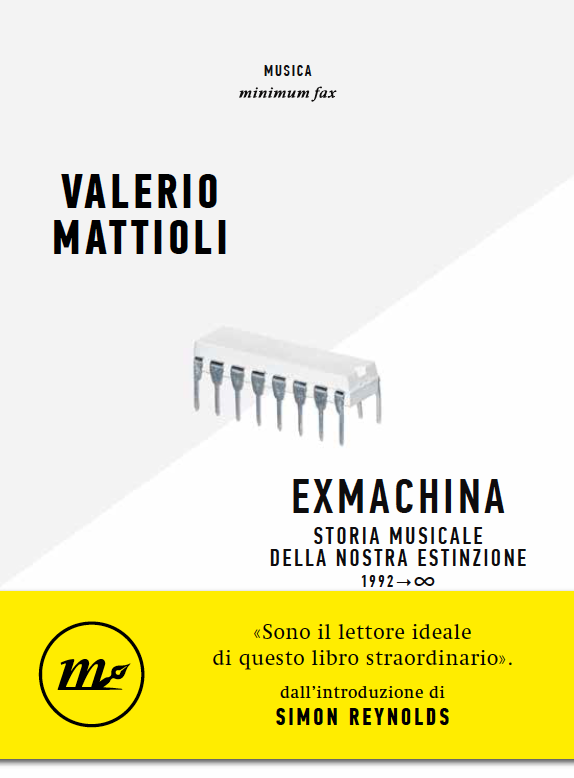 "Exmachina is a kind of time machine: it creates a delicious sensation of being plunged back into the  early ‘90s and immersed in all the wide-eyed excitement about the oncoming future that seemed to be manifesting itself through electronic dance and non-dance music, swept up once again in the fevered intellectual climate of that time. [...] Mattioli took the pandemic trauma and used it to create an adventure close to home. This is the story of where the music took his mind." Simon Reynolds

Aphex Twin, Autechre and Boards of Canada are among the most venerated experiences in the musical panorama of the recent decades, undisputed heavyweight of that kind of electronic music that critics call intelligent dance music or IDM (unfortunate wording).
From Radiohead to Bjork, from MTV adverts to all modern musical forms for machines, there is no musical field that has not been affected by their influence. But, despite an entourage of devoted fans that created forms of manic worship and the definitive canonization by critics and audience, AFX, AE and BOC are anonymous figures, without a face, whose biographies have not that epic breath typical of rock musicians. So, why is their influence so crucial?

Thirty years after the release of Artificial intelligence, for the label Warp, the IDM manifesto-compilation that elevated "the stupidity" of techno music to an "high" and cerebral art form, Exmachina offers a response - risky, paranoid, yet frighteningly compelling – inviting us to read the parables of these three artists as three chapters of a unique story: the one that begins with the irruption of the algorithm in our bedrooms and ends up (or not?) with the extinction of our species.

On the strength of his musical competence, bordering obsession, Mattioli does not hesitate to contaminate theory – Fisher, Reynolds, British cybernetics and Erik Davis, CCRU and AUDIT investigations – with his own sensibility and nightmares. The result is a very precise acoustic instrument that listens to us from the future, intercepting, in music, the anomalous frequency that is the spirit of our terrifying times.

Stefano I. Bianchi - Blow Up