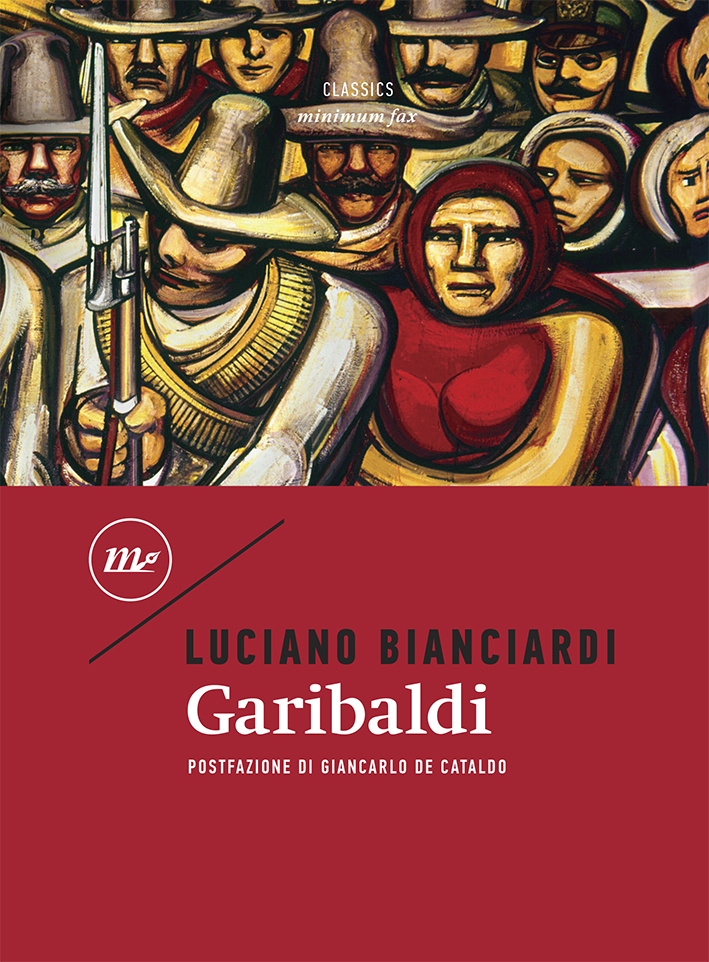 The story of Giuseppe Garibaldi has been narrated many times, but Bianciardi did it his own way: with a poncho which is more like a horse blanket and a long list of failed jobs (cowherd, middleman, private teacher, candlemaker), we see here Garibaldi in a new light. This is not just a biography, it is a novel of a rebel deposed from his pedestal and brought back to life and to its twists of passions, sufferings, errors, disappointments. Luciano Bianciardi – the irregular genius of Italian literature – gives us a portrait of the Risorgimento icon with the whispered tone of confidences, the scrupulousness of an historian and the vividness of a great writer.

The experience as a corsair, the deeds of the Rio Grande, the siege of Montevideo and Rome, the gaucho Aguyar, Anita’s death, the expedition of the Thousand: a life that seems like an adventure novel narrated in the homage of an anarchic man defeated by alcohol and a hard life. In fact this is the last book Bianciardi wrote and it was released posthumously in 1972: an heroic (or antiheroic) tale written against a country – Italy – that the author saw as coward, hypocrite, ingrate and prig. After all – amongst the Thousand – Garibaldi wasn’t even listed as Italian: therefore Bianciardi describes him as a stranger in his own land, an impulsive and generous man, an idealist.

«Every seaside town has at least one guy like this, the one who doesn’t back out, the one who buys you a drink, who knows all the songs, always the first to climb a tree or a ship shroud. Everyone knows him, down at the harbor, everyone calls him by his name.»