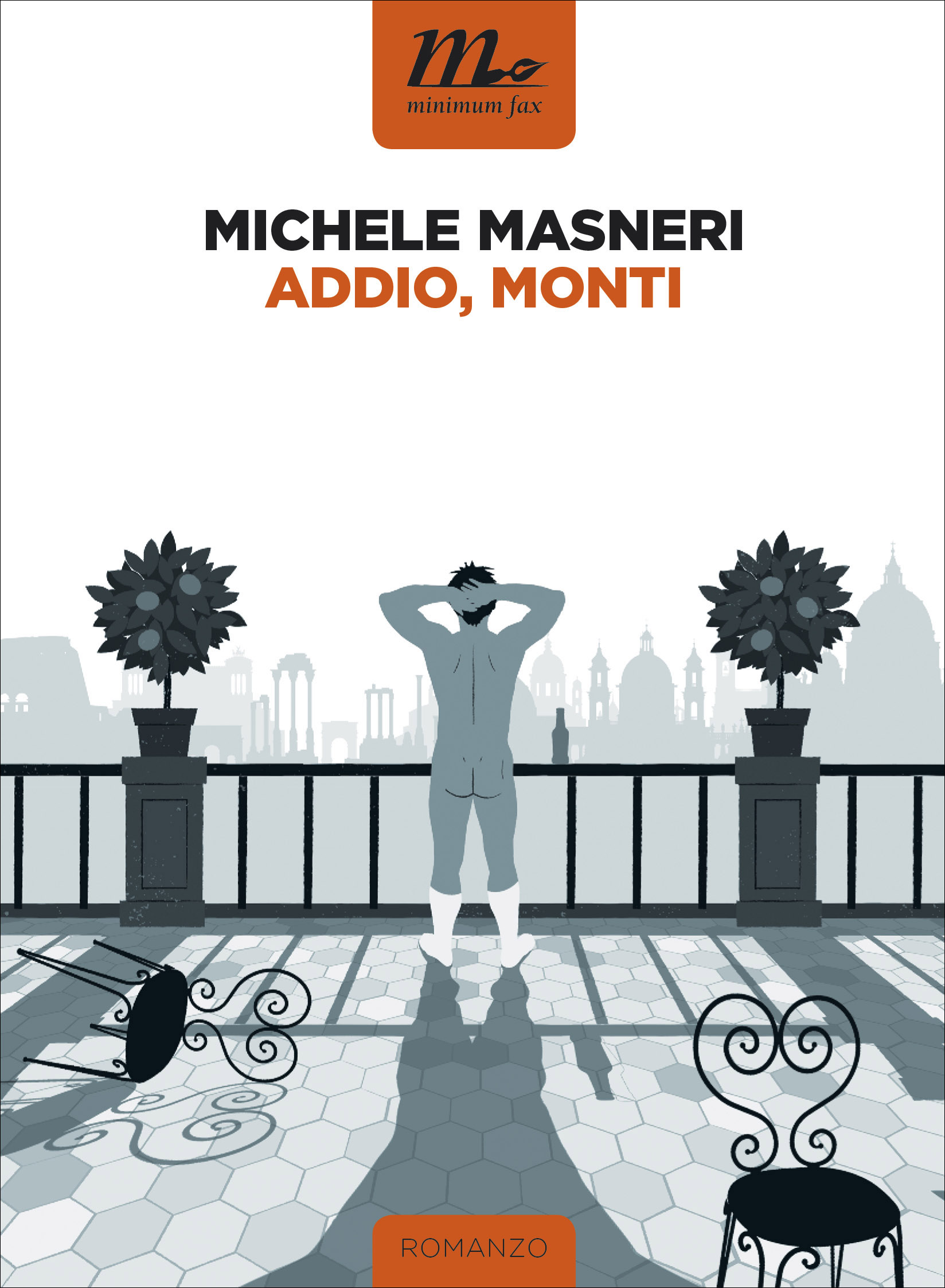 Breakfast at Tiffany's meets The Great Beauty: an irresistible satirical novel about Italy in these times of crisis.

A young male prostitute who is also a ghost writer. A real estate agent who uses the myth of Pasolini to inflate prices in the Roman suburbs. An important economist unfailingly ready to compromise. And then heiresses and ladies from the affluent neighborhoods, TV hosts who fall from grace and then rise up again. These are the main characters of a novel taking place in the Roman neighborhood of Monti, once a haunt of prostitutes and thieves, today a hipster area of the city. In a flurry of panic attacks, pilates sessions, fake luxury flats, cocktails, unrequited love and anxious attempts at social climbing, Goodbye, Monti tells the story of contemporary Italy, where the age-old art of making do hides itself in literary festivals and fine restaurants, and a patina of good taste barely conceals the hunger of those who have the power and those who can just dream of it. A satire of our times penned by a debut novelist whose talent is as big as his courage to expose a world we are all up to our necks in.