The Little Lexicon of The Big Exodus 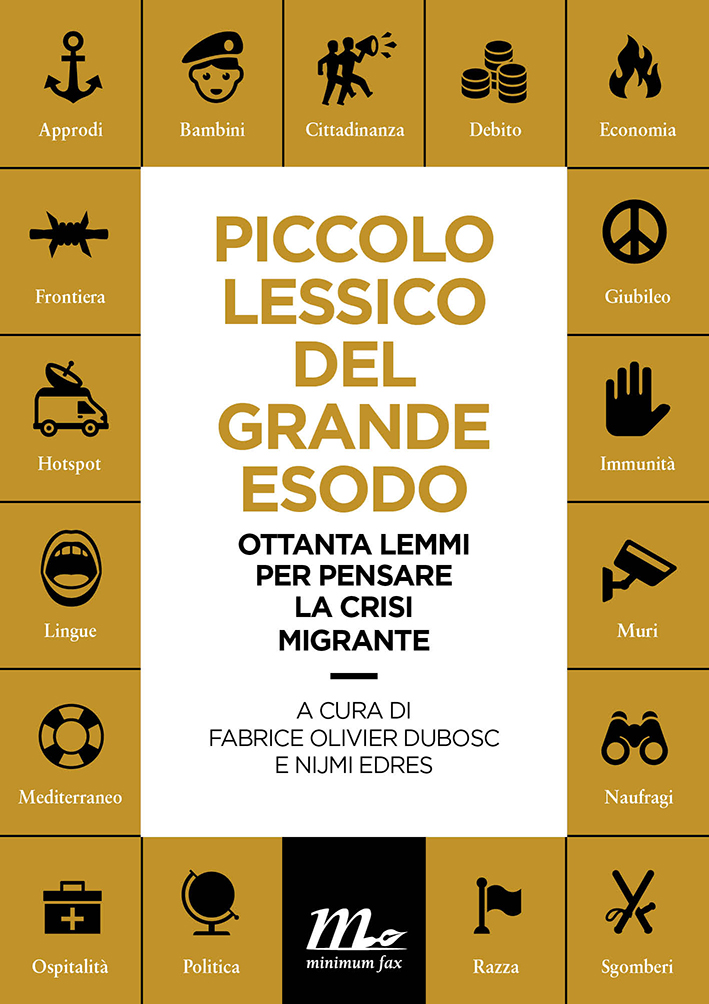 The migrant crisis has now turned out to be a continuous and apparently unstoppable Big Exodus. An issue that involves external and internal boundaries of the countries in question, making governments and citizens come to terms with unresolved tangles inherited from the last century History: racism, policies of identity and fear of different cultures. With this Little Lexicon of the Big Exodus the editors, a psychotherapist and an Arabist, have tried to build a vocabulary of the migrant crisis through eighty-three lemmas that explain the economical and the refugees migrations, the historical migration and the migration of the stories of people, exploring not only the impact, the psychological and political challenges, but also those dynamics and procedures with which Europe and Italy face the crisis: from the hotspot to the Dublin Treaty, from the allowance to the second generation refugees, from the economical incidence of the migrant work to the ghosts of the radical Islamism. An agile tool of consultation and reflection for general public interested in understanding one of the crucial phenomenon of our days.