A journey across the country we invented
by:
Fabio Viola
Cristiano de Majo 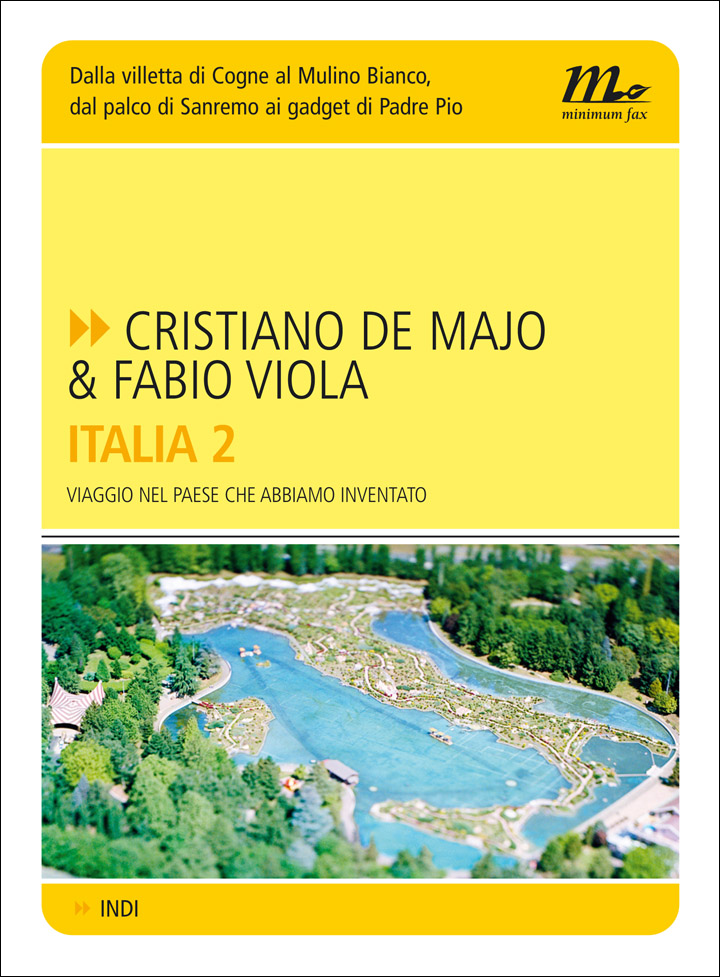 The Italy this book deals with is an invented country. Crime scenes turned into tourist attractions; neo-fascist rallies held in Mussolini's hometown; the temples of the Damanhur new-age community, considered by some as a full-fledged sect; the town of Matera, rebuilt in Mel Gibson's movie "The Passion of the Christ". You are all invited to a Dantesque descent into the places every Italian inevitably knows despite never visiting them. De Majo and Viola guide us on this «journey across the country we invented», with a live exploration of our pop, television, pseudo-cultural imagery, resembling an explosion rather than a blend. A hilarious tour de force, but also a grim portrait of a country which increasingly looks like a theme park, and whose culture seems unable to treat life but as a big game.