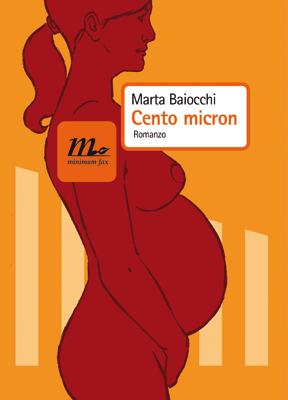 A frustrated biologist. A wealthy woman who is desperate for a child. A country where corruption and nonsensical laws thwart the hopes of both. A secret experiment taking place abroad... A riveting medical thriller addressing one of the most controversial issues of our time.

Eva is nearly 40 years old, she has a degree in Biology and a frustrating university job; every day she must cope with the dismal state of Italian academic research, doomed by lack of funds and faculty feuds.
In the past Eva helped Bibi, a former schoolmate and the only child of a rich Roman family, to get in touch with a clinic in order to get pregnant via in vitro fertilisation. The attempt was unsuccessful, but Bibi – now sterile, and recently widowed – is still bent on having a child at all costs, even if Italian law forbids her to use her frozen fertilized embryos.
After an attempt to bribe the corrupt director of the fertility clinic unexpectedly fails, Bibi finds out that her embryos have disappeared. In pursuit of the truth, Eva and Bibi, with the help of a private detective and a sympathizing gynecologist, discover an international network for the smuggling of embryos; their investigation will ultimately lead them to a remote Asian country where shocking experiments are carried out.
100 Microns is a fast-paced, riveting thriller dealing with that most controversial of topics, artificial insemination – a new frontier for science, or a way to manipulate nature for profit?