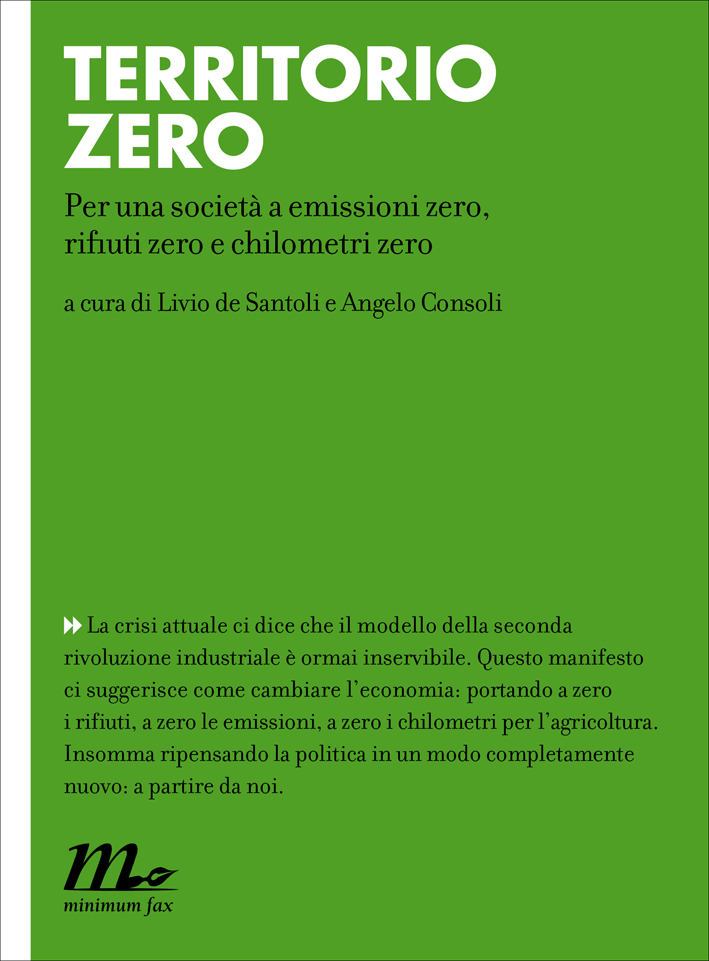 The contemporary economical crisis is forcing the Western world to accept the idea that the model of the Second Industrial Revolution is now useless, when not dangerous. Territorio zero, written by two experts of environmental sciences and engineering, is a manifesto aimed to national and local governments and common citizens alike; it recommends policies and measures which could radically change our current economical model, leading to a world with zero waste, zero polluting emissions, zero food miles. It doesn’t contain vague ideas or abstract guidelines, but a specific program, based on scientific and technical principles, for an innovative kind of territorial development respectful of natural resources: it includes new strategies for agriculture, urban planning, waste management, energy production, etc. The final goal, though, is plainly political: building a new model of society, fair, democratic and sustainable, for us and the future generations.

A number of grassroots movements and local communities in Italy are already discussing the manifesto and using it as a tool for change. (For example, more than 120 city councils have subscribed to the “Zero Waste” project described in it.)

Together with the manifesto itself, the book contains a number of texts commenting on it and offering further information and insight on the subject. Authors of these pieces include world-famous thinkers like economist Jeremy Rifkin and political scientist Eric Toussaint.

Jeremy Rifkin, The Third Industrial Revolution on a Local Scale