This Is the Country I Don't Love 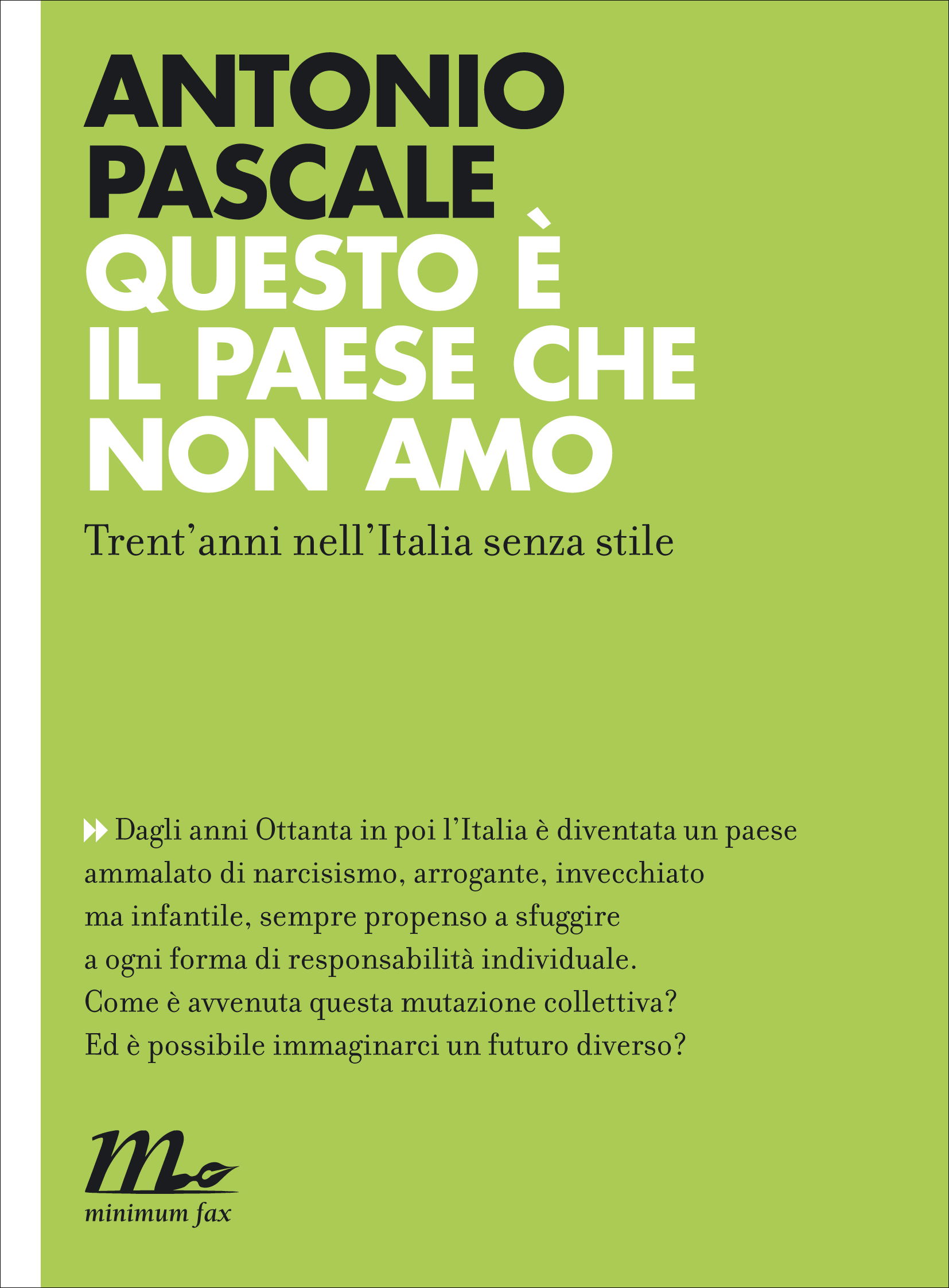 «This is the country I love» is a famous line from the 1994 speech in which Silvio Berlusconi first announced his involvement in politics. Antonio Pascale (both an acclaimed and well-loved fiction writer, and a charming essayist) turns the concept on its head to describe his current feelings towards Italy, a country which seems to have long lost its moral and aesthetic compass: narcissism, arrogance, bad taste and childishness are more and more widespread among its citizens – and, alas, its ruling class. In this insightful and highly-readable book, Pascale uses his own personal experience (from an idealist youngster in Southern Italy to a family man who tries to make a living with culture), to trace the origins of today’s malaise through the past 30 years of Italian history, and brilliantly dissects our collective psyche using such different instruments as the Live Aid concert, Coetzee’s novels, David Lynch’s The Elephant Man, and Vandana Shiva’s anti-globalization campaigns. This is a one-of-a-kind psychological guide to contemporary Italy, which explains the Berlusconi phenomenon and its context way better than much political analysis.

Nunzio Festa - Books and other Sorrows